From BitFolk
Jump to navigation Jump to search

BitFolk is occasionally asked if it uses renewable energy. The technical answer to this is "yes". It is however, more complicated than that.

BitFolk is entirely located at Telehouse London, who say they use renewable energy, and have a certificate to prove it.

For most hosting companies that would be the end of the story. Job done: colo provider certifiably uses renewable energy.

Telehouse's certificate comes from Haven Power. They advertise a 100% use of "Renewables": 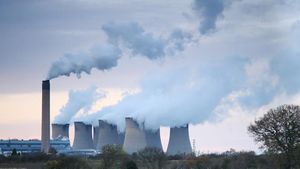 Haven Power is part of the Drax energy group. For them, "Bioenergy" means, "wood pellets". Some of which come from as far away as the US and Canada. And are then burned to drive steam turbines.

Drax claims that growing the trees to make the wood pellets captures more carbon than burning them releases. This is a subject of intense debate.

BitFolk's view is that despite Telehouse's certificate and the technical correctness of describing wood pellets as renewable biofuel, shipping wood pellets long distances and then burning them is neither sustainable nor what people would generally consider to be renewable. As of the 2020 report, Telehouse seems to be 52.2% renewable in BitFolk's opinion.

Many companies are willing to accept such misleading statements and certifications of green credentials and pass them on when asked by prospective customers; BitFolk is not.

BitFolk has been at Telehouse since 2006, and while "generally happy" might be overstating things, it is BitFolk's opinion that overall there isn't much better out there in terms of UK colocation. Telehouse London is quite a large facility and on any given day if you're in the UK or viewing content from the UK you probably send packets through it.

BitFolk won't be moving out of Telehouse because of Telehouse's choices of energy supplier, despite being unhappy with it, and even more unhappy with what BitFolk considers to be misleading marketing.

BitFolk understands if you choose to take your business elsewhere because they are able to prove their use of 100% renewable energy. You should however independently verify exactly what other providers mean by this, going as far as tracing this all the way back to the power plants involved, because energy suppliers are often not clear on what terms like "renewable" actually entail.